Poet Seán Ó Ríordáin to be honoured in Baile Mhúirne

A three-day commemoration marking the centenary of the poet Seán Ó Ríordáin’s birth is to be held in his native village of Baile Mhúirne in Co Cork. 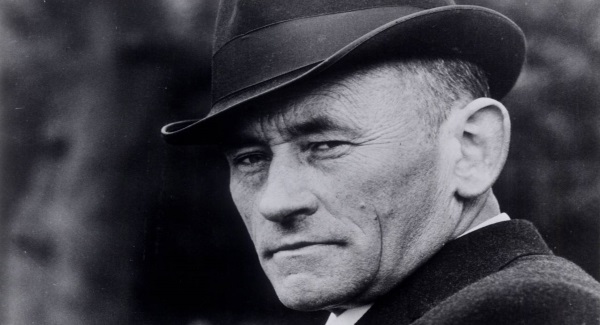 Cork poet Seán Ó Ríordáin whose centenary this year will be celebrated in Baile Mhúirne.

‘Comóradh an Ríordánaigh’ takes place in the days leading up to his birth date on December 3, and will be among the highlights of the new season of events at the village’s arts centre, Ionad Cultúrtha an Dochtúir Ó Loingsigh. Ó Ríordáin (1916-1977) was born in a house near the Mills Inn and is buried close by in St Gobnait’s cemetery, but despite his national prominence as a poet, this is believed to be the first major commemoration of his life and work in his native place.

The celebration will open on December 1 with a national conference organised in collaboration with the University of Limerick and including contemporary poets, academics, and scholars of Ó Ríordáin’s work from Maynooth, UL, and UCC.

The exact centenary of his birth on December 3 will be marked by the official unveiling of a mural featuring the poet and his most famous work, ‘Cúl an Tí’ which is appropriately situated on the back wall of the Ionad Cultúrtha and was painted by Cork artists Cormac Sheil and Denis O’Reardon.

A short film featuring the poem, made by students at the adjacent Coláiste Ghobnatan,is to be shown on the morning of the unveiling.

Also announced during the commemoration will be the results of a poetry and prose competition in honour of Ó Ríordáin, which will be launched this month and is open to students of the Gaeltacht area’s two secondary schools, Coláiste Ghobnatan and Scoil Mhuire, Béal Átha ’n Ghaorthaidh.

A recitation and commemoration will be held at the grave of Ó Ríordáin, who during a life blighted by tuberculosis wrote the poetry collections Eireaball Spideoige, Brosna, Línte Liombó, and Tar éis mo Bháis, as well as diaries and essays.

Ó Ríordáin’s biographer, Emeritus professor Seán Ó Coileáin, will give the keynote speech on December 3, and there will be a performance of ‘Mo Pheann ag Rince’. Manager of the Ionad Cultúrtha, Bríd Cranitch, is working on the organisation of Comóradh an Ríordánaigh in collaboration with UL lecturer Tríona Ní Shíocháin, who is currently researching aspects of Ó Ríordáin’s work.

“We’ll hope to draw in young people, academics, and the wider public with this comóradh, which will be a national and international event,” said Ms Cranitch.

“It’s a flagship event and it is important that we would mark Ó Ríordáin’s centenary because he was born in Baile Mhúirne and buried in Baile Mhúirne but to the best of my knowledge there’s been nothing like this done in the area to commemorate him until now.”

On 99th anniversary of his death, plans for the Thomas Ashe Centenary