Fear that Knockraha War of Independence site is not getting protection

Gaps and inconsistencies in legislation are preventing the protection of an underground grenade factory, which was used by the IRA during the War of Independence.

The grenade factory is part of a heritage trail being proposed by a people living in the Knockraha area who have worked tirelessly in recent years to highlight the wealth of history on their doorstep.

However, there are problems with protection of the underground grenade factory. Knockraha Historical Society members recently did up ‘Liberty Hall,’ which was the Old IRA’s E Company headquarters and training ground run by Captin Martin Corry, who later served as a TD for more than 40 years.

The group also identified and cleaned up several other sites in the area associated with the War of Independence, including make-shift prisons which were used to house captured informers of the British Army. The most famous of these is called ‘Sing Sing’ prison, which was actually a burial chamber in an ancient ecclesiastical site. 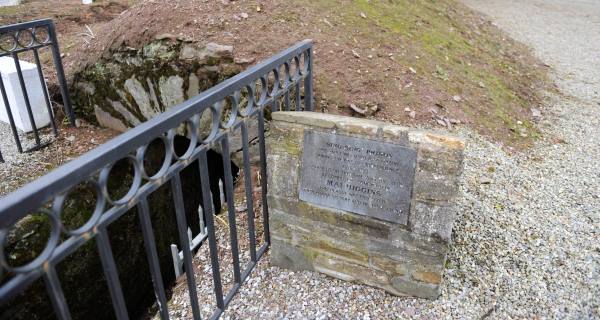 In total 10 sites are being proposed for the heritage trail and the voluntary group commissioned local archaeologist and historian, Damian Shiels, to aid them. He prepared a report on the site, which was later debated by Cork County Council.

Cllr Padraig O’Sullivan, who has worked with Knockraha Historical Society on the heritage trail project since mid-2014, said he is concerned that the council isn’t giving the site the protection it deserves.

“This highlights the gaps and inadequacies in the legislation protecting valuable historical sites such as the Knockraha bomb factory site, but also any post-1800s sites or battlefield sites,” Cllr O’Sullivan said.

He said he doesn’t think this is acceptable, particularly in the year of the centenary of 1916 where we have celebrated so much of our cultural heritage: “I believe the planning authority, Cork County Council should do its utmost to protect it.”

He then quoted from the council’s own development plan which states that protection should be given to ‘structures it considers to be of special interest from an architectural, historical, archaeological, artistic, cultural, scientific, social or technical point of view’.

The grenade factory has been backfilled, but an artist’s impression drawn by an engineer several years ago showed what it would have looked like.

It contained a small furnace to melt down metal for the grenade casings. The furnace fumes were funneled out of the chamber through a hollowed-out tree which lay above the structure.

Council officials deem that the structure doesn’t exist, but both the Knockraha Historical Society and Cllr O’Sullivan maintain it does.

“From the report by eminent local archaeologist and historian Damian Shiels it cannot be disputed that there is/was a structure in this case,” the councillor said.

Cllr O’Sullivan said existing legislation means a county council can carry out a survey to determine if there are structures that should be added to the Register of Protected Structures. He has asked the county council to carry out its own investigation of the site and that it would revisit its initial assessment “which was wholly inadequate”

This site ties in with the Knockraha Historical Society’s ambition to have a “War of Independence Trail” which would incorporate other locations such as Liberty Hall, Sing-Sing Prison etc into a tourist amenity,” Cllr O’Sullivan added.

Wreaths laid to commemorate Battle of the Somme in Cork missing